In the field of natural referencing, a single actor holds our attention: Google. It is clear that other search engines are neglected by site owners, content publishers and SEO professionals. However, this acronym translates to “search engine optimization”. Admittedly, the Web giant occupies a dominating place, but it is not alone on the market. Should we be interested in alternative search engines? Isn’t there a specific audience to capture on Bing, Yahoo, DuckDuckGo or Ecosia?? Are the techniques applied to satisfy Google’s algorithms valid for being well positioned in the competing SERPs?

Alternative search engines: the benefits of focusing on them

Google is the undisputed leader in the search engine market. In France, this company covers more than 90% of the investigations carried out on the web. With such proportions, we immediately think that it is not worth looking at other providers.
However, the remaining crumbs of this huge market represent significant business opportunities. It would be a shame to hide them. Even more so, if there is a specific audience to address on minority search engines.

In spite of its success, mistrust settles in the population. According to its detractors, the hyper-personalized user experience offered by Google would be at the expense of individual freedoms. They accuse him in particular of a massive intrusion into private life and the exploitation of personal data for social media verification agency. The firm is also suspected of directing the results in favor of its own departments or powerful organizations. Finally, it seems that the personalization pushed to the extreme traps Internet users in “filter bubbles ”.
It is in this context that other search engines seduce a public anxious to emancipate themselves from the sometimes-unethical marketing stratagems of Google.

To differentiate itself, each search engine develops technologies focused on its specificities and its customer strategy. Also, the content offered as well as their ranking vary from one SERP to another.
But when we look more closely, we see that the various players in the market, even when they have their own engineering, are very much inspired by Google. Some simply use third-party algorithms through partnerships.

Metasearch engine: software or website that allows several search engines to be queried simultaneously and to obtain a summary of their responses to a given query. Larousse

If each search engine is distinguished in its own way, the results they offer are globally equivalent. And since they use very similar technologies in pursuit of the same objectives, the optimization levers are almost identical for each of them.
👉 Want to know more about building SERPs and SEO, everything is summarized here.

By looking at the credo of the 5 main alternatives to Google on the French market, is it possible to determine if our target uses a particular search engine on which to focus their efforts?

From a personal data protection point of view, they are neither more respectful nor more secure than Google. Their places on the podium are largely explained by the fact that Bing is preinstalled at the start of products from Microsoft, the leader in operating systems. If you do not modify this parameter, you use it by default.
Yahoo, the pioneer of search engines, was very popular in the 2000s. Having retained a share of its former audience, it remains in the race thanks to a partnership signed with Bing in 2009. The latter is however knowingly preferred of certain Internet users for its user experience focused on visual content. Yahoo, on the other hand, is appreciated for its information portal centered on news, sports and finance.

Users concerned about privacy and security issues turn to “anti-tracking” search engines such as DuckDuckGo or Want.
DuckDuckGo: “The search engine that doesn’t spy on you”. It is considered the best search engine for anonymous browsing by offering relevant results without collecting personal data.
Want: “The search engine that respects your privacy”. This company developed and hosted in France is subject to European laws. Regarding the protection of privacy, the legislation is much stricter than elsewhere in the world. Without a cookie that tracks the user, personal information is not used for commercial purposes. The list of results is not personalized, but is very oriented by news and trends. Want Junior is dedicated to young people aged 6 to 13 (no access to violent, pornographic or e-commerce sites).

Other Internet users, driven by social and environmental convictions, choose committed search engines such as Ecosia: “The search engine that plants trees”. The German company seeks to reduce energy consumption attributable to research and donates part of its turnover to reforestation projects. Ecosia does not trade personal data.

Why favor a search engine according to its target?

It can be assumed that users boycotting Google have opinion-driven consumption patterns. In a caricatural way, if one sells products intended for seniors, it is interesting to position oneself on Yahoo; if a business is aimed at permaculture aficionados, one can imagine finding its audience on Ecosia; if the target customer is libertarian, it is likely that he prefers to navigate with DuckDuckGo…
These are only hypotheses. To draw valid conclusions, it is necessary to have precise studies on the public and the purchasing behavior specific to each engine. It is however possible to know the sources of traffic of a site with Google Analytics (thank you Google!). If a search engine clearly stands out, it is worth favoring it in terms of SEO.
When our target corresponds to the positioning of alternative search engines, it is interesting to be visible on them.

So, is adapting your SEO practice to search engines other than Google a good idea or a waste of time? If the questioning is legitimate, wanting to adapt the optimization of your website to alternative search engines does not actually make much sense. The techniques for “ranking” on Google work for the most part with its competitors. If it turns out that the target audience of a niche business clearly favors a platform, a small adjustment of the usual methods on a few points of detail may prove useful. And if today, referencing on Google remains the priority, let’s not forget to follow market developments closely. The day may come when the Mountain View firm will be challenged! 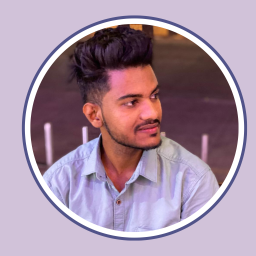